It's the Pedagogy, Stupid: Lessons from an iPad Lending Program

This is an interesting and honest account of starting an iPad program at the University of Cincinnati. It was envisioned that they could generate interest in using cutting edge technology by getting it into the hands of the lecturers and students. It was not the educational ground breaker that they expected but it had a number of very unexpected and positive outcomes. Enjoy the journey as portrayed by Heather Beattey Johnston and Carolyn J. Stoll from the University of Cincinnati. 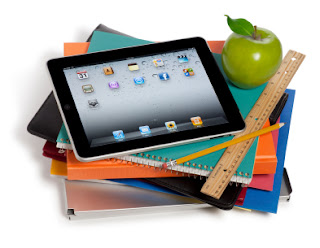 It's the Pedagogy, Stupid

It began to dawn on us that the appeal of using the iPad in the classroom isn't its potential for re-imagining pedagogy, regardless of how loudly, vigorously and often advocates proclaim it is. Rather, the iPad's appeal is two-fold: simple convenience and outstanding image resolution. Because it's small and lightweight and doesn't require any input peripherals, it is eminently portable. The 1024x768 screen resolution makes graphics irresistible, and, thanks to the touch screen interface, we can give into the temptation to reach out and play. There's certainly nothing wrong with desiring greater convenience and captivating graphics, but it's important to be honest and admit that those are the primary benefits of the iPad. To pretend otherwise suggests that the foundation of good pedagogical practice is the gadget du jour, rather than a reasoned and researched set of principles that can be applied effectively using a variety of media, in a variety of settings.
The truth is that the iPad is not destined to change the face of education.............
Read the full article at:
http://www.elearnmag.org/subpage.cfm?section=articles&article=159-1
Posted by Greg Swanson at 23.5.11