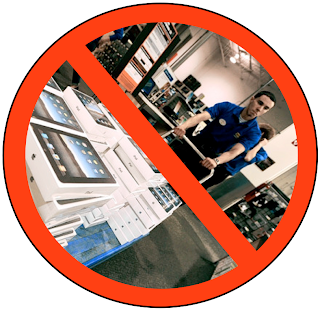 http://www.geeksmack.net
Why are we waiting longer for the delivery of our iPad 2 devices? The frustration of loyal Apple consumers is being worn thin by repeated email notification pushing delivery dates back further and further with little if any explanation.

Some customers are reporting delays of close to 7 weeks from initial ordering to actual delivery dates, while others are uneasy over emails that push out the dates time and time again. In one case we are aware of this occurring 3 times.

A company that in the past has been ultra conservative on delivery estimates - one would assume so as not to create dissatisfied disciples, seems to have been caught short both by the insatiable desire for the product and their supply problems.

There has been a general census that at least 5 different components for the iPad are sourced in Japan and that last month's earthquake has caused delays as Apple attempts to meet demand for their new tablet device.

It is not so much that the suppliers have had facilities damaged but rather more general logistical problems; shutting down of production lines, sourcing local materials and shipping the finished products. Some of the more delicate procedures in the manufacturing processes, such as semi-conductor lithography have also been disrupted due to interruptions to the electricity supply.

Although some of the component can be sourced elsewhere, it is unfortunate that so many of the individual components are sourced only from Japan.

Apple are still suggesting on their website today that shipping time is between 1 and 2 weeks. They do acknowledge, if you speak to someone in the Retail Stores that is it probably closer to 3 to 4 weeks. The reality for the purchaser, however, is closer to 5, 6 or even 7 weeks.