First In Print: Students to use Virtual Textbooks 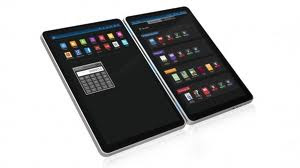 By Wes Helbling and published on 7th May

The Morehouse Parish School System will be one of the first districts in the state to bring the latest innovation in learning to the classroom.

Secondary Curriculum Supervisor David Nordman said 25 freshmen will be chosen at random to participate in the Student Interactive Classroom Technology pilot program at Bastrop High School in the 2010-2011 school year.

“If they are picked for the program, the students will have common Algebra I and English I classes,” said Nordman. “The students’ textbooks and supplemental instructional materials will be downloaded to Apple iPad 2’s, and the students will have the privilege of taking these instruments home as well as using them in the classroom.”

The iPad 2 is a mobile tablet computer released this year by Apple Inc. and will essentially serve as a virtual textbook. The use of iPads in the classroom has been tried out by school districts in several states -- most notably in Texas -- and has garnered support from organizations such as the Bill and Melinda Gates Foundation. The recent success of the program in De Soto Parish is part of the inspiration for trying it out in Morehouse.

“It’s not well established in Louisiana yet, but there’s a lot of conversation about it,” said Nordman. “The intention, initially, was to increase student engagement in the classroom. And over time, you can recognize the cost savings.”

The virtual textbooks can be downloaded free of charge, and unlike standard textbooks, they can be updated to keep up with current events.

“It allows the student to be a true 21st century learner,” said Nordman. “It also lightens the physical burden [of carrying heavy books] on the students.”

The program will have “clearly defined parameters” to protect both the student and iPad. Certain Web sites will be blocked and teachers will monitor how the student is using the device. Parents will be required to agree to an entrance policy in case something happens to the iPad.

Nordman said the pilot program is the result of a collaborative effort among school board member Ricky Smith, federal programs director Dorothy Wheeler, Superintendent Tom Thrower and himself. The school board has agreed to fund the initial pilot at a cost of approximately $19,000 and federal Title II money will fund the professional development of the two teachers who will be selected for the classes.

This program will be voluntary and parents must sign permission letters in order for their children to participate. Nordman said the letters will be sent to parents of eighth graders on May 16.

“The purpose of the pilot is to try it on a small scale, see what works and what we might need to tweak,” said Nordman. “We’ll look at it as the school year goes on and determine how and when to expand the program.”