PianoPad is another keyboard app to come onto the market recently, however, this app has a couple of nice little features. It was developed by Greg Haybittle a teacher at Edmund Rice College in Wollongong. His school had already made the decision to go 1:1 next year and he wanted his music students to embrace the technology. He didn't even own an iPad up until 3 months ago. Within a couple of months not only had he developed an app but he got it on the app store.

Called PianoPad the app not only allows you to record a keyboard performance but also to email it to others or to your teacher. You can record, playback or just email the performance. Here is an music app developed by a music teacher for the music classroom. 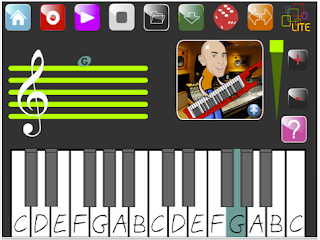 The beauty of this app is that the notation is recorded as text. This means that the traditional problem of transferring the music file is resolved . Because the file is saved as text not only is it a much smaller size it can also be cut and pasted into wikis or websites and saved or shared with other students. This means that you can also update the wiki or blog with songs the kids are interested in. Better still get them to update it. The ability to randomise the notes or even reverse them also acts as a way of discovering new note combinations. 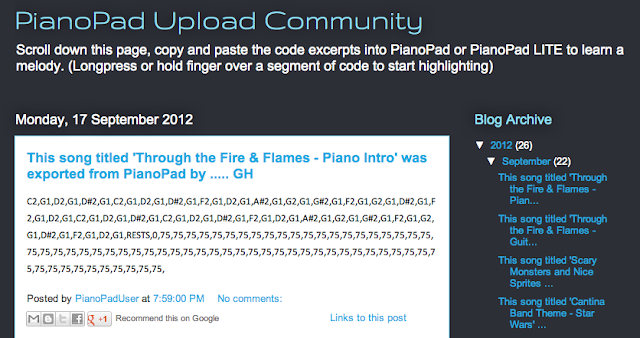 You can also put your own face in the app as well as change the background to customise the music experience. This would be a great app for any school but especially good in primary schools or junior secondary. Greg is saying that the kids are now asking for a iphone version. He has told them they may need to wait a while - he does have a day job.